Polestar Calls on EV Industry to be More Transparent

Joined Feb 14, 2020
·
19 Posts
Although the industry tells us that EVs are green, Polestar wants it to show its math. The company has produced a Life Cycle Assessment to show just EVs are impacting the environment and wants other manufacturers to follow suit.

The reason, the company says, is that automakers need to build trust. Although EVs have a reputation for being green, few people know exactly to what extent and that allows critics and proponents alike to mislead.

“Car manufacturers have not been clear in the past with consumers on the environmental impact of their products,” says Thomas Ingenlath, Polestar CEO. “That’s not good enough. We need to be honest, even if it makes for uncomfortable reading.”

According to Polestar’s own Life Cycle Assessment, the Polestar 2 leaves its factory with a carbon footprint weighing 26 tons. If that doesn’t sound great, it’s because it isn’t.

Polestar admits that that’s more than, say, an XC40. According to Polestar’s math, the XC40 manufacturing process produces 14 tons of CO2. The biggest reason for the disparity is the batteries, says the company, which are energy intensive to produce.

Fortunately, if the batteries are being charged with wind energy, the Polestar 2 catches the XC40 in just 31,000 miles. From then on out, the XC40 becomes more and more intensive.

Now, assuming that people will be charging their cars with green energy is a big leap, especially in the US, but I suppose that’s what we’d be working towards in an ideal world. I hardly need to tell you that our world is far from ideal at this particular moment in time.

If you want to read Polestar’s full report, you can do so here. It’s pretty interesting and they really get into it, but the highlights are that Polestar used a few sources (its own and external materials databases) to figure out exactly what the Polestar 2 is made of. Turns out, there are about 10,000 different materials—though Polestar files those into 70 different categories to make the data manageable—in a car.

Polestar turned to its battery suppliers, meanwhile, to report the carbon footprint of a battery. Then manufacturing footprint is considered, and finally the amount of energy that goes into destroying and recycling the cars once they’re dead.

In all, an XC40 produces about 58 tons of CO2 in its lifetime whereas the Polestar 2 will, by the global average, produce 50 tons. One driven in Europe, meanwhile, should produce 42 tons, while a 2 driven entirely on wind energy could get away with producing just 27 tons—making it less than half as impactful as the XC40.
P

Joined Jul 7, 2020
·
4,637 Posts
I recall somewhere Polestar/Volvo saying they are activity reducing/neutralizing their production carbon footprint - are those measures included in this life-cycle analysis?

Either way, someone pointed out that if we're including the carbon cost of the electricity put into the Polestar, we should also put in the carbon cost of the oil drilling, refining, transport, and everything leading up to burning it in the engine [and the foreign adventures needed to secure the wells in the first place]
Doing so would further decease the number of miles needed to get to parity between EVs and their ICE counterparts.

That said, also looking forward to more carbon-neutral processes to produce the batteries and other EV components with lower overall footprint.

toscal353 said:
Should we start another thread "Polestar customers call on Polestar to be more transparent"?
Click to expand...

I genuinely thought when I got the email from Polestar titled "Its time to come clean" THAT's what it would be about!
P

Joined Jul 7, 2020
·
4,637 Posts
Inglenath talks about polestar the brand, sustainability, and other topics.

I’m genuinely excited about the vision and whatever I’ve experienced of the engineering. Just hope they figure out the whole actually selling, delivering, and servicing the car thing (in the US).

Joined Jun 4, 2019
·
176 Posts
Autocar does a great job breaking down this report from Polestar. 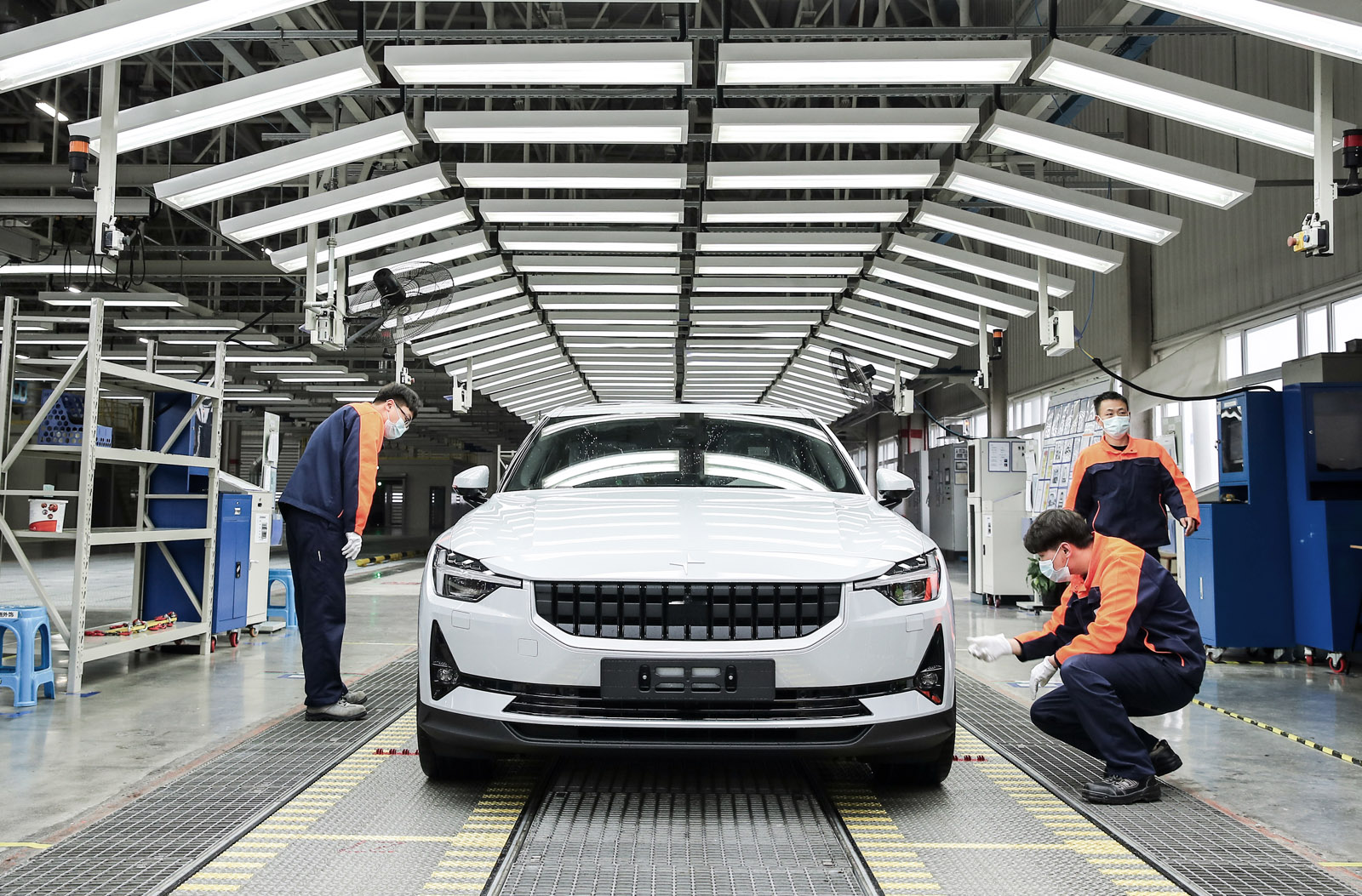 Polestar isn’t limiting its examination of the EV business to just a carbon lifecycle calculation, noting that ethical battery manufacturing is also key. The firm said: “We work hard to ensure that the minerals we use in our batteries are mined responsibly, paying full respect to human rights and creating minimal pollution.”

As with related firm Volvo, Polestar is using technology to track cobalt through its supply chain to check the methods by which it’s mined.

The Chinese-owned Swedish brand is laying down a serious challenge to rival EV makers, not just in terms of revealing the energy used to make battery packs but also in promising future transparency in relation to mineral mining.

In a premium market space that trades almost entirely on environmental credentials, Polestar’s transparency pitch could give the brand a decisive advantage over rival car makers that cannot, or perhaps will not, release similarly detailed audits. 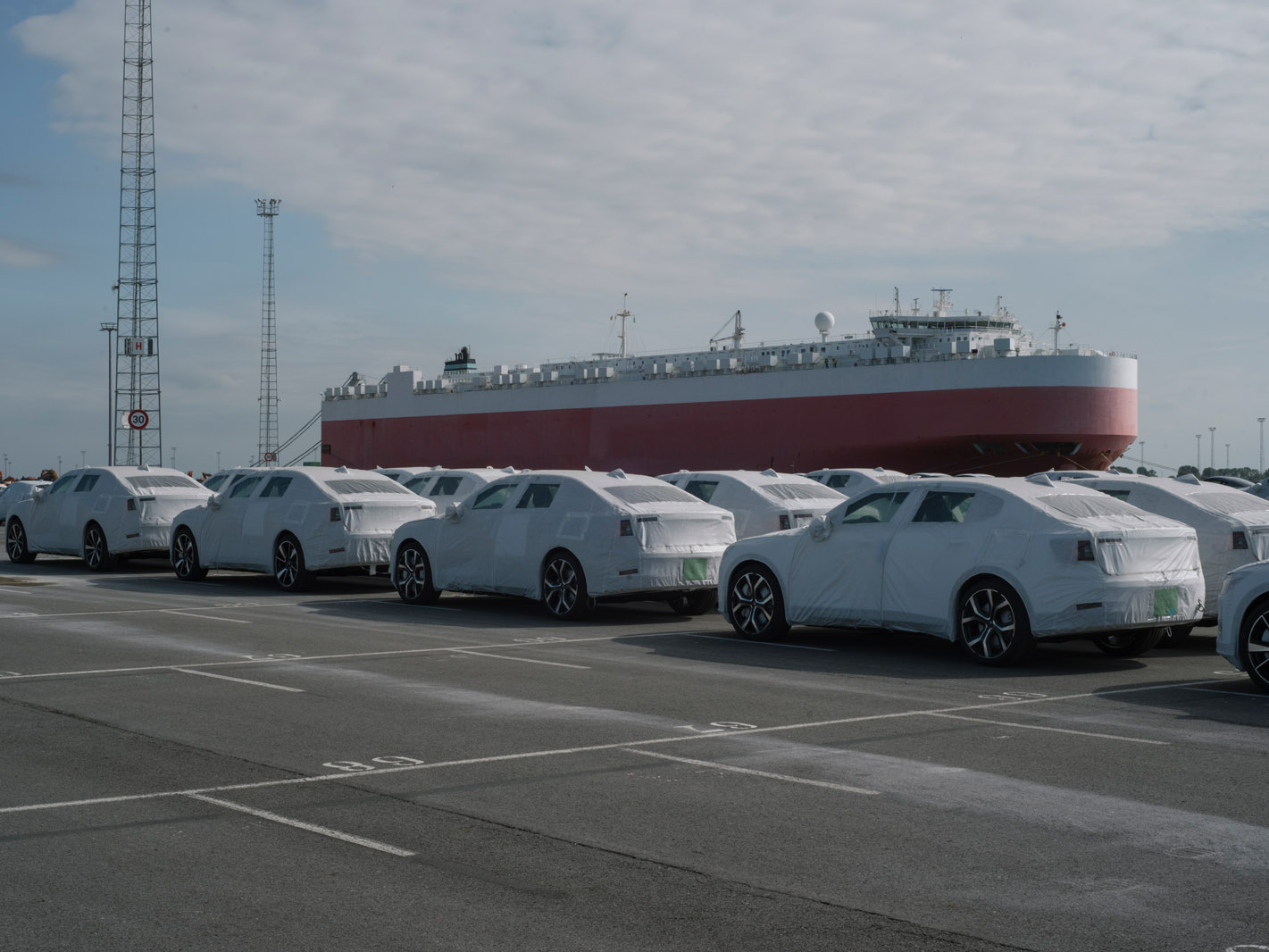 I definitely think it's important to point out that EVs aren't perfect - that they need some time to eventually offset the carbon costs of their production. Based on Polestar's LCA and others I'm assuming 3-4 years of driving it before I could smugly claim to be net greener. There is definitely a solid argument that driving a used ICE that gets good mpg is still net better for a while, until some of the environmental costs of EV production come down further.
I find this site is good for comparing the relative carbon/$ costs of different cars: Carboncounter.com | Cars evaluated against climate targets - although it and Polestar's LCA doesn't take into account the carbon costs of fossil fuel production and distribution AFAIK, so they relatively undercount ICE carbon costs, if anything.

And it's not like EVs are scrapped the moment the first owner moves on - after our first leases are up or we trade in the car someone else will buy it at a good discount and the EVs and their batteries will continue to operate for quite a long while. The batteries can be and are being reused as stationary storage and similar applications, and battery recycling plants are growing. The EVs themselves can probably run for decades given that the number of moving parts is so minimal. The question isn't if EVs will be net carbon negative but when, and they should all be able to last well beyond whatever that time point is.

And the article kind of implies that EVs won't be better so long as the electric grid is fossil-fired. So great, get rid of fossil fuel contributions to the grid. That'll be better for everyone transportation or otherwise. And in Europe and most of the US, economic factors (not regulations) are closing coal plants to make way for renewables, so the grid is getting cleaner already. Not sure what point the article was really trying to make there?

The tire particulate argument is pretty weak. Burning fossil fuels contribute much more to poor air quality than tires. Tire particulates do seem to run off micro plastics into waterways. It's good to recognize that. So I'm guessing Autocar is now arguing for bans on drag races and doing donuts to warm up the tires before such shenanigans? As battery density gets better EVs will get lighter, limiting this argument further.

It's definitely to good to argue against empty greenwashing claims. But to claim EVs are net worse than fossil cars swings too far the other way and comes off as the desperate last gasps of certain OEMs who haven't had proper prior foresight.
1 - 8 of 8 Posts